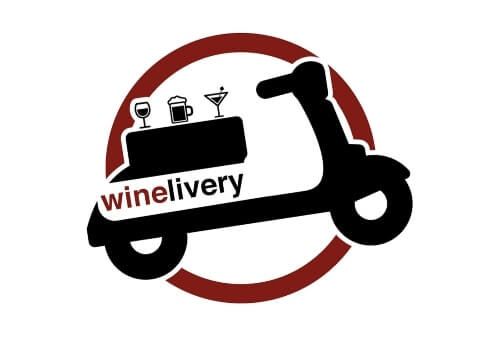 In the digital age, everything is just a click away. Let's say almost everything: until January 2016, in Italy there was no service that delivered wine and other alcoholic beverages at home quickly. Francesco Magro and Andrea Antinori, two entrepreneurs under 30, try to meet this need by founding Wineliveryand in fact revolutionize the wine economy sector.They create a real wine shop on two wheels available to all those who wish to receive a bottle of wine or a drink at the right temperature, thirty minutes from the order and without extra delivery costs. This journey, as ambitious as it is risky for a start-up that sees the light in a notoriously traditional sector such as wine and spirits, is graphically represented by a Vespa. The two-wheeled vehicle is depicted with three glasses on the saddle, a symbol of the three types of drinks - wine, beer and drinks - that the company provides to customers, and is a clear symbol of the speed with which these drinks are delivered, true distinctive feature of the service offered. 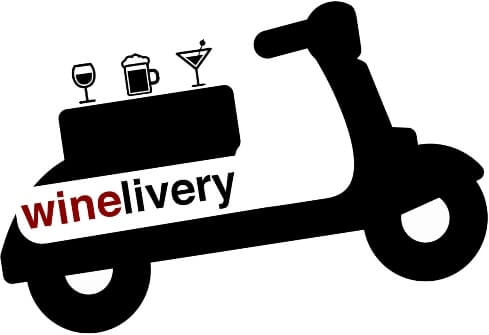 Service, in fact. Soon we realize that Winelivery is synonymous with something more, which goes beyond the merely commercial aspect. In fact, Winelivery quickly becomes the reference point for any occasion to toast with friends, to give a distinctive touch to a pleasant family evening, or simply to enjoy a well-deserved glass at the end of the day on the sofa at home. Winelivery no longer offers only a product or service, but a unique consumer experience. The choice of rebranding therefore derives from the natural need to highlight this spontaneous change, which directs the corporate image towards an occasion of conviviality and socialization, using today's technology to create the perfect situation to share a moment of pleasure.

The transition from the idea to the graphic aspect was completed step by step with the Be2Be team, Turin-based company specializing in digital services that has been able to listen and understand our new needs, and then combine the essence of the service with attractive graphics in continuity with the old logo. The starting point was the glass, which is doubled to emphasize the idea of an opportunity for conviviality between several people. There is no glass without a bottle, and there is no bottle without a toast. How to combine these three clues? We have not thought so much about the individual elements, as about the moment that encompasses their union. Hence the new logo, not just a W, but the meeting between two glasses in which the drink has already been poured, an image that visually enhances the experience that Winelivery gives to each of its customers, the one that in many begin to define WExperience. The double coloration still remains, which however becomes fresher and more captivating, while the small shadows of the font used contribute to a 360 degree dynamism.

The new Winelivery logo is the perfect toast that celebrates an image of friendship and sharing, created thinking of a pleasant experience that with commitment and passion we want to provide every day, but which we also know how to constantly improve thanks to the suggestions of our customers. We therefore hope to continue to grow, as a company and as a team of young talents, and to be able to be present in more and more cities for each of your 'cin cin'.